Rahim Yar Khan is South Punjab’s leading agricultural and commercial center, with the district of

The district is also called the “Punjab Gateway” since it is located in Punjab, Sindh, and Balochistan, but all the major roads pass through here from Punjab to Khyber Pakhtunkhwa.

Rahim Yar Khan’s district has a population of around five million and occupies an area of 11,880 sq km, covering four tehsils,

Naushehra was the original title of Rahim Yar Khan, which was later changed after a close relative of the Nawab of Bahawalpur, Rahim Yar Khan.

If we look at Rahim Yar Khan’s past, it goes far back in time. Rahim Yar Khan is one of the world’s few historic cities that have been populated ever since its establishment. Several names were granted to the town at various times, including Alwar, Patan, Pholwada, and Naushehra.

The reasoning for Rahim Yar Khan’s current name is that when the state ammunition depot caught fire in 1881, Rahim Yar Khan, the state emperor, was killed in the tragedy after which the town was named.

The town of Rahim Yar Khan is a marvelous blend of modern and ancient civilization. In this town’s modernization, the late Sheikh Zayed bin Sultan Al Nahyan had a great hand. Here are the names of famous locations that everybody in Rahim Yar Khan likes to see.

Rohi, the Cholistan Desert remains in Punjab and is recognized as the most incredible desert on the Indian plateau. The desert extends over 10,000 square miles and is 20 miles from the city of Bahawalpur. 2.5 million people are living in the desert of Cholistan and leading a life of simplicity and hardship.

There are currently 1.6 million cattle found in the region. They can easily be raised to a high standard if only the government makes specific efforts to boost this area’s productivity. When animals are less frequent in the winters, and the weather becomes cold, they turn to different artistic crafts such as weaving cloth, pottery, and leatherwork.

Thanks to its rich soil and specific items such as pitchers, Surahies, glasses, and piyalas, the pottery industry is booming.

In the country, a superior quality wool carpet is made. Out of it are rendered lovely rugs, carpets, and other winter pieces. As the temperature drops below up to the freezing mark, blankets are often designed to suit the need of cold winter. To obtain paid, the wool produced from sheep is sold.

Different types of textile items are manufactured in the area, such as Khaddar fabrics and fine quality khaddar bedclothes.

Winter is the perfect season for this expedition if you’re looking to visit Cholistan. The desert is scorching during the summer. The chill season is the ideal time to prepare this trip to celebrate the historical sites of Cholistan and the culture of isolated regions there.

In Bahawalpur, Punjab, Pakistan, Derawar Fort is a giant square fortress. The derawar fortress’s forty bastions can be seen in the Cholistan Desert from a distance. The walls, which are up to 30 m thick, are 1500 m in diameter. Rai Jajja Bhatti, a Rajput king of the Bhatti clan, founded the fortress.

It was founded as a tribute to Rawal Deoraj Bhatti, a Rajput king from the region around Jaisalmer and Bahawalpur, in the 9th century. Initially, the fortress was renamed DeraRawal and later DeraRawar, from which the present name Derawar originated.

One of the major attractions of the fort’s location is that the mysterious ruins of the Indus Valley Civilization stand right next to a dry river bed, which is home to hundreds of other archaeological sites.

Derawar Fort is about 130 kilometers from Bahawalpur, a very famous town in Punjab. From Ahmedpur-Derawar Fort Road, the fort can be directly accessed.

The fort’s walls have a circumference of about 1500 meters and stand 30 meters high.

The Bhong Mosque, which is listed in the Guinness Book of World Records, is one of Rahim Yar Khan’s most popular places to visit and is globally renowned in Bhong, a town near Sadiqabad.

The construction of this mosque was started by Sardar Raees Ghazi Muhammad in 1932. He was also an honorary magistrate and member of the Bahawalpur Assembly, Raees Muhammad Ghazi.

He led a pious life while possessing a lot of money. In 1932, Raees Ghazi Muhammad ordered the Bhong Mosque building near his family-like palace-house and given a large amount of money.

It was presented with the Aga Khan Award in architecture in 1986 because of its elegance and rarity. The government of Pakistan issued a stamp with an image of the mosque on May 12, 2004. The mosque astonishes guests with its stunning carvings, unusual floral arrangements, and exclusive crafts.

The compound was planned and developed over almost 50 years by experts from all over Pakistan and India (master masons and painters from Karachi, artisans from Rajasthan, and calligraphers.

Even from neighboring Lahore and Iran, Spain, and Turkey, the builders imported stylistic elements and fused them with the Western colonial aspects of the 1940s.

For the mosque interiors, they used only conventional materials.

The structure is still little known, but the general opinion is that it was constructed during the Mauryan age civilization of the Hakra valley (250 BC).

The minara is named after Pattan Pur, which is said to have once been a lush settlement, an offshoot of the Indus River, nestled on the Ghagra Riverbank. Therefore, Pattan Minara means ‘Tower on Ford’. In history, Patanpur was a famous core of Buddhism and Hinduism.

Some archaeologists claim that when he traveled through this region during his military expedition to India, Alexander the Great constructed the foundation. Alexander set up a cantonment here under a Greek governor, as was his tradition, and the tower helped keep a watchful eye on the nearby tribes. Behind it, there is a secret that the landmark house once concealed treasure.

The road to the back of a neighboring village is the Patan Minaret on the Hakra River banks in Rahim Yar Khan, now just a brick minaret that is about to collapse at any moment. There are old stairs in front, which lead to the top of the minaret when you approach the compound. A substantial portion of the minaret sank into the ground.

Formerly, Islamgarh Fort was known as Bhim War Fort. In 1665, on the outside of the entrance, Raja Rawal Bhim Singh founded the fort of Islamgarh. Construction materials and stones from the defense were loaded onto carts from the Jaisalmer state. The bricks were locally made.

His former name was Bheemwara. No organization has managed to save it despite being more than 100 years old. In height and scale, the towers built on its walls are different. From the top, the distance should be 10 to 12 feet.

There are numerous ancient secrets hidden in the vastness of Cholistan that no one has been able to explain to date. Fort Machhki” is one such secret, one of the 22 forts of Cholistan.” This fort is situated about 30 km southeast of Rahim Yar Khan’s city and spends the last days of its existence in the golden sands of Cholistan.

Fort Machhi was founded by Lal Khan, Ikhtiar Khan’s uncle, in 1777. On the east side was its main entrance, with small towers on either side. Even now, this door’s broken arch always curves like a lean and crooked old guy.

In this age of commercialism, harmony and a spiritual connection are difficult to achieve these days. But a few areas are always left where one can experience inner fulfillment.

One of those sites is the Sufi shrine of Dadi Karm, in southern Punjab, Pakistan. The shrine is situated about 70 kilometers east of Rahim Yar Khan, near the Cholistan Desert boundary.

The exciting thing about this shrine is that it has devotees from both Muslim and Hindu religions because of its message of devotion and peace as the saint became equally famous in both faiths.

Almost 10 kilometers north of Rahim Yar Khan city, the fort of Mau Mubarak is located. It is one of six upgraded forts built by Raey Sahrus in around 498-632 AD.

The fort had minarets up to 50 feet high but still had some remaining in the fort. This, like the Fort of Uch, was also built and loaded with sand.

No doubt Pleasure land is one the most famous theme park of the Rahim Yar Khan. Honestly, this place is ideal for a family because the pleasure land has the latest improved rides, which are attractive and fun.

Moreover pleasure land also has some food points. Even the entry pass is 150 Rs per person approximately, and tickets of each swing are 100Rs.

This is one of the popular and famous spots of Pleasure land. However, different people portray the roles of favorite cartoon characters: Spiderman, Batman, and mickey mouse. These cartoon attractions and their dance attract the attention of the people.

City Park is the small park of Rahim Yar Khan’s city and proves to be the town’s heart. It has different things that attract and engages people in various activities such as swimming pools, skating rink, giant Ferris wheel, and other exciting rides.

Unlike other big cities of Pakistan, Rahim Yar Khan doesn’t have many amusement parks, so City Park has fulfilled all the wishes of all of the citizens of Rahim yaar khan. 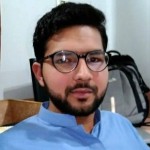 Best Places to visit in Karachi

Places to visit in Lahore, Pakistan

Places to visit in Bahawalpur

6 thoughts on “Best Places to visit in Rahim Yar Khan”

You may have missed

Best Ultrasonic Cleaner to Buy in 2021

How to Become Rich | 07 Effective Steps

Best Tablet Computers to Buy for Work in 2021